The Direction de l'administration is responsible for planning, organizing, monitoring and evaluating activities relative to the management of human, financial, material and information resources.

, and its staff is appointed under the Public Service Act

The amounts required for the operation of the Tribunal are debited from the Tribunal's special fund, which is made up of:

For more financial information, please consult our annual reports (in French only). 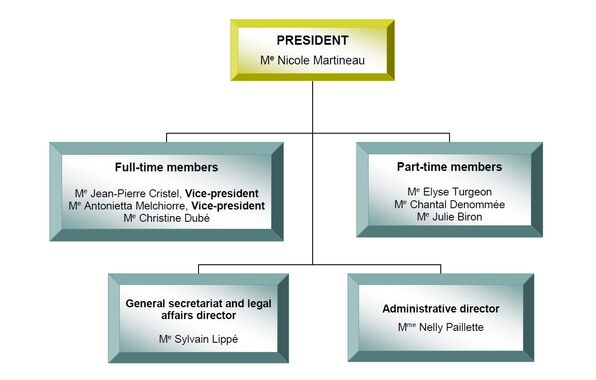 About the Tribunal
Areas of intervention
Documentation
Applications
Hearings
Decisions